What is the Spotlight Effect?

I want you to imagine you’re about to give a presentation and you can’t stop thinking about your bad haircut.

Everybody in the audience notices your bad haircut.

Your boss is sitting there. He or she is probably saying to themselves, “That is a really terrible haircut. What was that person thinking?”

And then at the end of the presentation, it turns out everybody had a good time. Everybody found your presentation informative.

Nobody mentions the bad haircut.

For you, the bad haircut was a major problem. It was weighing on your mind the entire time you were up there, but nobody else seemed to notice.

So what was going on there?

Well, what was happening is something called the spotlight effect.

The spotlight effect is the phenomenon in which people tend to believe they’re being noticed more than they really are.

According to Wikipedia, “Being that one is constantly in the center of one’s own world, an accurate evaluation of how much one is noticed by others is uncommon.”

When public speaking, you are going to assume that certain shortcomings flaws, errors or mistakes that you’re making are way more noticeable to the audience than they actually are.

Example #1 of the Spotlight Effect: Being Too Harsh on Yourself for Saying Filler Words

This is something I see all the time with clients and students.

For some reason, the myth of filler words has become a really huge issue.

Of course, too many filler words is distracting.

But for the most part, audiences don’t notice a few filler words here and there.

But being harsh on yourself for saying even a few filler words during your presentation is a classic example of the spotlight effect.

You are assuming that the audience is noticing something that for you is a huge issue, but in reality, they’re not even picking up on it.

Another example is second-guessing your word choice, on specific phrases that just don’t make any significant difference in the meaning.

Is one better than the other? No. It’s just a question of which style of communication is more common within your organizational culture or your team.

Being hyper-focused on minor word choice issues like that is not significant.

It’s not meaningful and it’s not a good use of your time or energy as you’re preparing your presentation.

Example #3 of the Spotlight Effect: Assuming the Audience Notices Things They Don’t Care About

Another example is assuming that the audience is noticing certain things that they just don’t care about.

Like the color of your shirt. Or the fact that you took one step forward instead of one step back.

Nobody really notices those kinds of minor things unless, again, it becomes excessive or extreme.

Where the Spotlight Effect Comes From in Public Speaking

The basic issue with the spotlight effect is ignorance.

That ignorance is why we develop these self-limiting narratives and stories in our head.

As a result, we lose sight of what really matters and what audiences are actually focusing on.

3 Ways to Improve Your Awareness and Overcome the Spotlight Effect

1. Observe Yourself on Camera

Record yourself and watch yourself presenting or speaking on camera.

Usually it’s very jarring and uncomfortable for most people at the beginning, but eventually you get used to it.

If it doesn’t stand out to you as you’re watching, then it’s probably not going to impact the audience either.

A good example of this was a coaching client that I worked with.

He was a very successful businessman, but he had a lot of stage fright and nervousness around public speaking.

We recorded him speaking at an event where he was presenting to about 50 people.

He watched the video back afterwards and he noticed he was swaying, constantly, back and forth.

But that swaying motion was extremely distracting. That’s what jumped out to him.

He was completely unaware of it before he saw it on camera.

2. Get Feedback from Friends and Colleagues, or from a Coach

You need a reality check. If you’re in isolation, developing your presentation or your speech, you don’t have a clear sense of what is important.

You need to wrap your head around how other people are perceiving you.

So get feedback from people, do some dry runs, do some practice and rehearsals in front of other people and see what they say.

They should be people that you trust to give you constructive criticism.

They should not be people that are just going to praise you no matter what, but people that want to help you improve.

3. Listen to the Feedback From Real Audiences

Don’t just get up in front of a group of people, give a presentation, sit down and never think about it again.

Actually ask people in real-life presentation situations (whether in-person or remote) how you did.

All of that information will help you grow your awareness and your understanding of how you’re actually communicating. 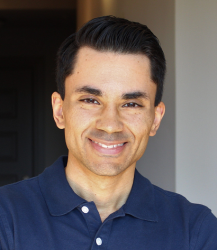 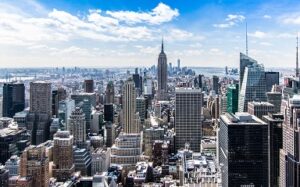 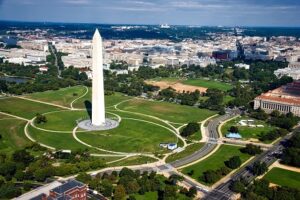 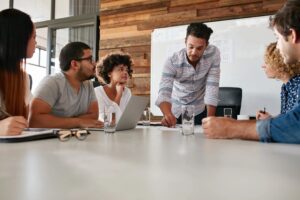 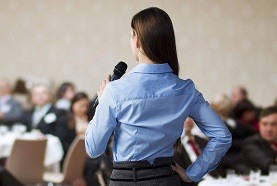