Elizabeth Holmes was charged last month with an “elaborate, years-long fraud” by the SEC.

At its peak, her company Theranos (founded in 2003) was valued at $9 billion.

Holmes was recognized as a genius innovator, the female Steve Jobs, an example for young women everywhere.

She was celebrated by Forbes magazine as the youngest self-made female billionaire. She gave a TED talk, spoke on panels, and shared the stage with Bill Clinton and Jack Ma.

Theranos defrauded investors out of hundreds of millions of dollars by misleading them about their technology.

How was she able to get away with this con for so long?

There’s at least one big reason:

She was highly skilled at persuasive speaking.

Watch this interview she did with Jim Cramer as the scandal was breaking several years ago:

Her body language (head movements, facial expressions) are all congruent with her words. When she says “this is what happens when you try to change the world” and “I personally was shocked [by the Wall Street Journal report]” she seems to be completely genuine.

As humans, whenever we have limited or zero knowledge about a person, our brains immediately look for other reference points. Those include their nonverbal cues. Elizabeth passes all of those tests.

In the interview she returns again and again to the victimhood theme: “we’re trying to change things in a big way, and people don’t like that.”

This is red meat for her target audience of dreamers, innovators and rebels. Or people who want to buy into that grandiose vision.

Another good example of her spin skills is at 4:18:

Jim Cramer mentions that the WSJ pursued Holmes for an interview for 5 months. He asks, why not just meet with them and prove that her test works?

In response, Holmes first talks about her past positive experience with the WSJ. Then she says that, in this case, they were being difficult by prioritizing the publishing date of their article over the truth–they had to get their article out, and that’s why Holmes was not able to show her technology to them.

This is a very effective reframing of the question. Instead of accepting the frame that “we were hiding from the WSJ”, she turns it on its ear and creates a new narrative: “we had a great relationship with the WSJ, but then they chose to be difficult to work with.”

When asked (at 5:35) if it’s true or false that Theranos does most of the testing with traditional machines (not their own technology), instead of saying “yes or no” she starts by saying “this is taken completely out of context.”

Again, the key for her is to control the frame.

In addition to the verbal reframe, she demonstrates genuine frustration nonverbally through her voice tone.

She then goes on a winding explanation of arcane details that very few people will understand or care about. This is part of her strategy too: bore and confuse the audience, and she will seem like the smart scientist whose ideas are too complex for mere mortals to understand. As if to say “It’s probably too complicated for you, just trust me and I’ll handle it.”

Although you will notice she swallows hard and her voice breaks slightly as she responds to this question.

Play this segment back a few times to really see what she is doing here (5:35 – 7:00). She never actually answers the question posed. Instead, she very passionately and excitedly addresses a different set of topics that are closely related to the question.

She punctuates her response by saying easy-to-understand things like “this is taken completely out of context”, “reducing the cost of the test from $10,000 to two dollars and ninety-nine cents” and “we’ve said this on our website, so it’s been out there.”

But in the span of seconds, it’s impossible for an average person to parse the details. I myself had to watch this exchange several times to understand exactly what she was saying.

So if she can create a decent verbal spin that is somewhat related to the question, and deliver it confidently and convincingly, she will convince most of her audience.

These are the kinds of techniques she has used on investors.

One more clever thing she does.

At 7:40 she says that Theranos is the first company to advocate FDA regulations on certain tests–and that this is “controversial.”

This presents herself, again, as a revolutionary underdog fighting for the right thing, even when it seemingly might go against her own interests.

(Why would a company want more government regulation? They must be really strong in their business and must really believe in what’s right.)

It’s likely that Elizabeth Holmes really did believe in her company despite having created nothing new:

Countless well-intentioned young entrepreneurs suddenly find themselves in way too deep, and don’t know how to extricate themselves. And many craft such compelling stories to investors that the line between fact and fiction is blurred even in their own minds. […] By all indications, Holmes ardently believed that her company would change the world — someday. And her promises to investors were consistent with the media image she was simultaneously cultivating for her company: that it was on the forefront of revolutionizing the diagnostics industry, breaking into new territory to drive change and quite possibly eradicate epidemics as we know them.

Ironically, this honest-to-god belief in her project would make her more convincing because it would automatically make all of her words and nonverbal communication congruent. And congruence is essential to persuasiveness. 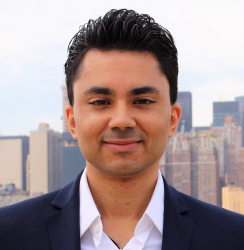 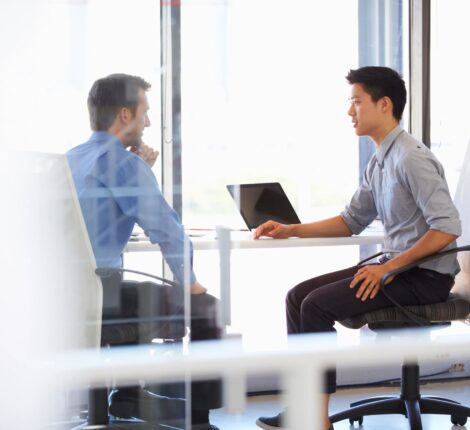 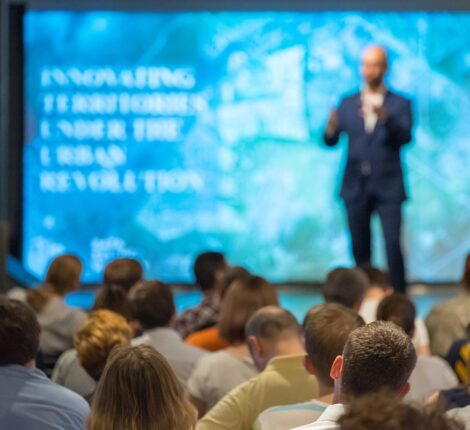 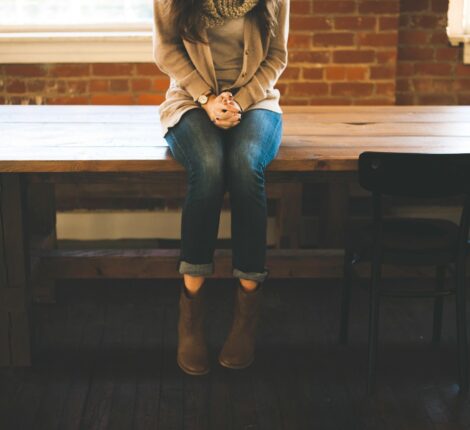